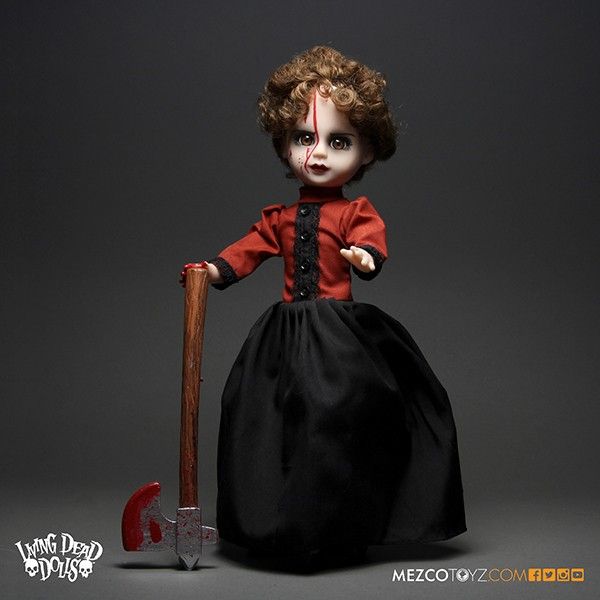 Is it possible to scare the living daylights out of someone?

Contribute to This Page

Sign in to check out Check out as guest. The item you've selected was not added to your cart. Add to Watchlist Unwatch. Watch list is full. Longtime member.

Report item - opens in a new window or tab. Seller assumes all responsibility for this listing. Does Natalie perhaps feel some remorse for killing her sister? Chloe's doll-likeness showing up in every scene hints that it's at least possible. It's tough to strike a balance while trying to do a serialized story in an episodic show, and in making the case and its resolution fairly straightforward, much of the potential depth is lost.

I am grateful the writers stayed away from the 'she was abused so she became a killer' stereotype--in a way, it is refreshing and different to see someone who is just plain evil and simply broken from the get-go. If she's a true sociopath, she wouldn't have any real attachment to anyone, but Grissom thinks Natalie took Sara in revenge for his investigation leading to Ernie Dell's suicide. That parallel is clear, but Jessica Collins wisely plays the character as so inhuman and so in her own head that it's hard to tell exactly what she cares about.

To put it plainly, she's just too messed up to form anything as normal as basic human attachments. Collins makes the character downright eerie, which, after a whole season's worth of build up, strikes just the right chord. Natalie is everything we didn't expect the miniature killer to be: she's too female, too young, too fragile looking to have killed as many people as she has.

And yet, if the killer had turned out to be the stereotypical serial killer type--white male, in his 30s or 40s--wouldn't it have been just a tad bit disappointing? After a season-long arc, it's nice to have the killer turn out to be something other than what we expected.

Obviously, the "is Sara dead? Depending on whether the first episode picks up right where "Living Doll" leaves off, the conclusion could be much like the second half of "Grave Danger" , following the CSIs as they mount a desperate search to save Sara. That would of course depend on Fox returning for the next season. The possibility also exists for a flash-forward: the CSIs seem to like to skip ahead a few months, and it's just as likely though in my opinion not nearly as effective that what happened that night will be revealed in flashbacks. However the cliffhanger is resolved, CSI is coming off an incredibly strong season and, though Grey's Anatomy managed to best it in the ratings, the show did manage to hold onto most of its audience despite the stiff competition from a younger, "hotter" show.

The fact that CSI managed to turn its seventh season into one of its best ever is certainly something those behind the show should be proud of. By year seven, few shows can claim to feel fresh even the inventive 24 started to show its age this season, its sixth , but CSI can certainly assert that. May the trend continue in its eighth year.